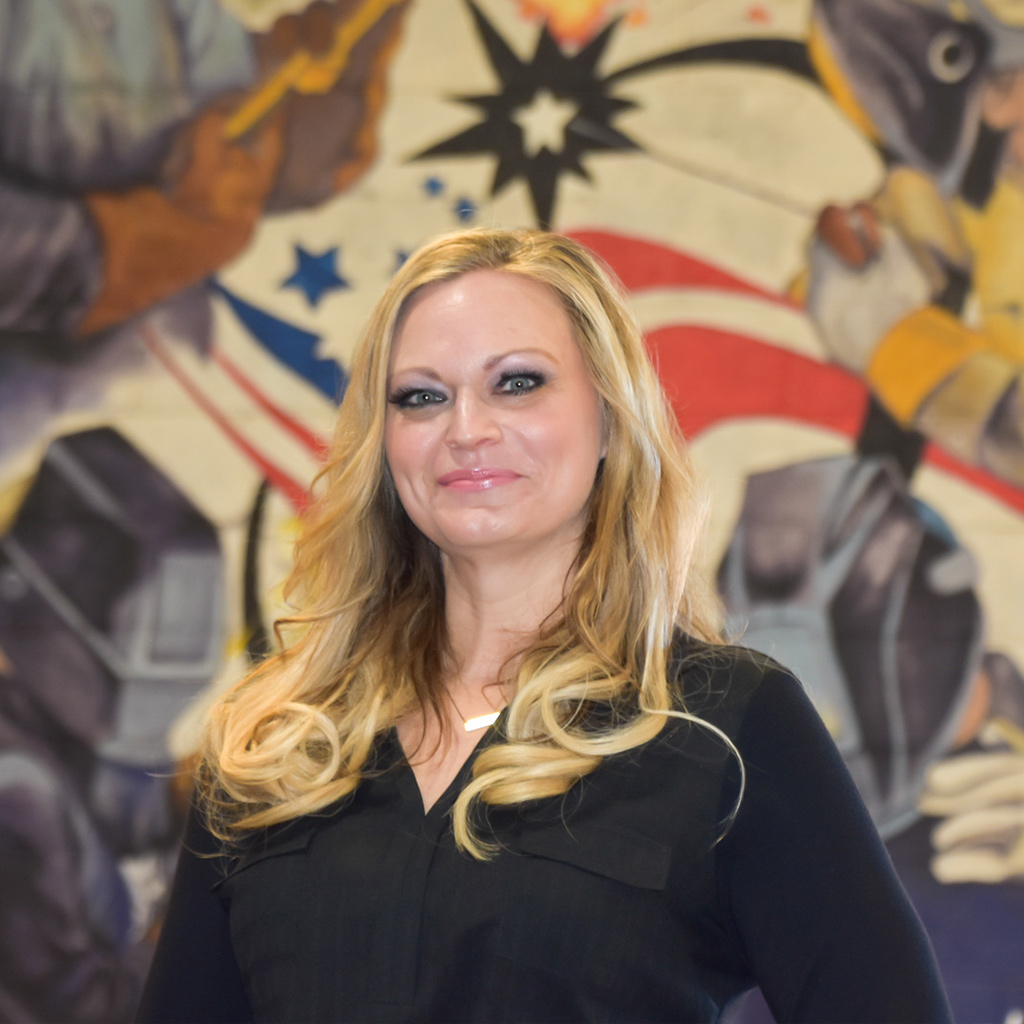 Before joining the welding industry, Ms. Vinson taught 6th graders at Marietta Middle School for five years. Seeking an opportunity to broaden her career, Joanna went back to school and earned a third degree and second master’s in Business Administration from Kennesaw State University.

Armed with a new MBA, Joanna would spend the next seven years working for the Dutch Staffing giant, Randstad where she excelled in a variety of sales and sales management roles. At Randstad, Ms. Vinson closed and serviced million-dollar accounts, received awards for individual and branch performances, branch management, consistently increasing profitability in markets throughout Metro Atlanta, regularly exceeded client expectations and developed and implemented sales and recruiting plans. In her final role with Randstad, Joanna managed the high profile Intown Atlanta market.

Following her career in staffing, Joanna recognized there was a need for alternatives to college and many positions were difficult for employers to fill, chief among them- welders. In January 2012, Joanna formed the Georgia Trade School LLC and nine months later welcomed the first class in our original Kennesaw location.

By 2017, Georgia Trade School had received tremendous media coverage including appearances in The Fabricator, Welding Journal, the Georgia Contractor, the Wall Street Journal, the Marietta Daily Journal and the Atlanta Journal Constitution among others. GTS earned many award nominations including the Georgia Economic Development Association “Rock Stars”, finalists for the Kennesaw Business Association Business of the Year and the first two of four consecutive Cobb Chamber Top 25 Small Business of the Year Awards. Overcrowded with sold out classes 17 hours per day, Joanna purchased a historic warehouse in the Central Business District of Acworth, Georgia giving the staff and students 30,000 square feet of space.

This expansion would not have been possible without Joanna’s skills in employer relations and personnel. Ms. Vinson is responsible for our signature relationship with Shipbuilding giant Huntington Ingalls Industries and has built one of the best instruction teams in welding education. In addition to staff management and employer partnerships, Ms. Vinson runs point on student recruiting and enrollment, student affairs, office administration, finance and accounting. Her favorite part of the day is connecting with students and graduates and seeing them thrive and grow.

Joanna’s advice to new students is to trust the process and relax since worry ruins welds. Once you graduate and enter the field, let things roll off your back and keep going. Also don’t be afraid to travel as there is much to see, do and learn.

In addition to her GTS career, Joanna serves on the A.S. Mitchell Foundation Board in Mobile, Alabama which provides support to the Gulf Coast region. A resident of Atlanta, Joanna enjoys weightlifting, jogging, spending time with her daughter and hosting parties for friends and family. Her favorite city to visit is Blue Ridge and her favorite film is Casablanca. Ms. Vinson spends a beautiful day in Atlanta outside at an area pool, park or farm. If she could have dinner with three historical figures, Joanna would choose Winston Churchill, John the Disciple and Roy Disney. Joanna is a fan of music that lifts her spirit and believes the best advice she ever received- trust her instincts. Her instincts regarding launching Georgia Trade School certainly were right!

What is your favorite place? Blue Ridge, GA

Did you have a childhood nickname? Jodi

What is your favorite sport? Is shopping a sport

What makes GTS unique or special? Outside of the box thinking

Favorite part of your job? When parents thank us for changing their child’s life for the better